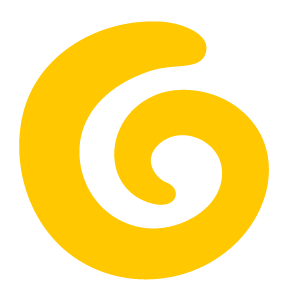 If you haven’t considered doing business in Latin America, maybe now is the best time for you to do it. Latin America has a population of 640 million potential customers which represent 10% of the population and by 2020, nearly one out of every 10 dollars in the world economy will come from Latin America. Latin America presents as booming and emerging digital market as one of the  fourth-largest mobile market in the world, it has surpass United States  social media adoption but still some of the biggest marketers make mistakes of taking that one approach will sell to the entire region. Mirrai international Has over 14 years education, promoting and working with the Latin American market.  We clearly understand what it takes for a company to do business in the region, and our bilingual professionals Our ultimate objective is to create long-term business relationships between your company and new partners in Latin America.

Whether you’re developing a new service line, planning a conference or looking to develop a comprehensive marketing strategy in the region, we can guide you through this process.

Argentina has 45 million of population. Benefiting from rich natural resources, a highly literate population, a diversified industrial base, and an export-oriented agricultural sector, the economy of Argentina is Latin America third-largest, and the second largest in South America. It has a very high rating on the Human Development Index and a relatively high GDP per capita, with a considerable internal market size and a growing share of the high-tech sector. It has signed free trade agreements as a Mercosur – the customs union that includes Argentina, Brazil, Paraguay, and Uruguay – 1995; Bolivia, Chile, and Venezuela joined the pact subsequently as associate members. Trade with China was negligible until 1992; it later grew rapidly and by 2009, China became Argentina second largest trading partner.

Brazil has 207 million of population. It has the world's ninth largest economy by nominal GDP, and the fifth largest by purchasing power parity. The Brazilian economy is characterized by moderately free markets and an inward-oriented economy. Brazil #39s economy is the largest of Latin America and the second largest in the Americas. From 2000 to 2012, Brazil was one of the fastest-growing major economies in the world, with an average annual GDP growth rate of over 5%, with its economy in 2012 surpassing that of the United Kingdom, temporarily making Brazil the world #39s sixth largest economy. Brazil is an important bilateral, regional and multilateral partner for Canada. They share important values and interests which are rooted in the diverse, open and democratic societies. Other trade agreements such as Organisation of American States. BRICS Countries. Cooperation Africa-BRICS (Brazil, Russia, India, China, and South Africa) Brazil Free Trade Agreements (FTA) (MERCOSUR member): Chile, Mexico, Peru, India, Egypt, Israel, the Andean Community, and the European Union (EU).

Chile has 18 million of population. The economy of Chile is ranked as a high-income economy by the World Bank, and is considered one of South America's most stable and prosperous nations, leading Latin American nations in competitiveness, income per capita, globalization, economic freedom, and low perception of corruption. Although Chile has high economic inequality, as measured by the Gini index, it is close to the regional mean. Successive Chilean governments have actively pursued trade-liberalizing agreements. During the 1990s, Chile signed free trade agreements (FTA) with Canada, Mexico, and Central America. Chile also concluded preferential trade agreements with Venezuela, Colombia, and Ecuador. An association agreement with Mercosur-Argentina, Brazil, Paraguay, and Uruguay-went into effect in October 1996. Continuing its export-oriented development strategy, Chile completed landmark free trade agreements in 2002 with the European Union and South Korea. Chile, as a member of the Asia-Pacific Economic Cooperation (APEC) organization, is seeking to boost commercial ties to Asian markets.

Colombia has 49 million of population. The economy mostly based on the production of primary goods. It stands out in the international arena for the significant growth it has experienced in the last decade in the export of merchandise and the attractiveness it offers to foreign investment. It is the fourth largest economy in Latin America, after Brazil, Mexico and Argentina. In the international classification, it is among the 31 largest in the world. Colombia is a relatively open, free market economy that is party to many free trade agreements (FTAs) worldwide. It has signed free trade agreements with many of its biggest trading partners including Canada, United States and European Union, and is a founding member of the Pacific Alliance regional trade bloc. Colombia has a free trade agreement with Canada since August 15, 2011 offering new opportunities for Colombian exporters.

Mexico has 120 million of population. The economy of Mexico is the 15th largest in the world in nominal terms and the 11th largest by purchasing power parity, according to the International Monetary Fund. The economy contains rapidly developing modern industrial and service sectors, with increasing private ownership. Recent administrations have expanded competition in ports, railroads, telecommunications, electricity generation, natural gas distribution and airports, with the aim of upgrading infrastructure. As an export-oriented economy, more than 90% of Mexican trade is under free trade agreements (FTAs) with more than 40 countries, including the European Union, Japan, Israel, and much of Central and South America. The most influential FTA is the North American Free Trade Agreement (NAFTA), which came into effect in 1994, and was signed in 1992 by the governments of the United States, Canada and Mexico. In 2006, trade with Mexico two northern partners accounted for almost 90% of its exports and 55% of its imports. Mexico had 15 companies in the Forbes Global 2000 list of the world largest companies in 2016

Peru has 30 million of population. The economy of Peru is classified as upper middle income by the World Bank and is the 39th largest in the world. Peru’s economic competitiveness has been sustained by regulatory reforms and open-market policies. Macroeconomic and monetary management is relatively prudent, with a structural fiscal rule keeping the level of public debt among the lowest in the region. China has become Peru largest trading partner following a free trade agreement with the People´s Republic of China signed on April 28, 2009 additional free trade agreements have being signed with the United States of America (2006) free trade agreement with the United States signed on April 12, 2006 the European Union June 26, 2012.The EU and Peru Sign Trade Promotion Agreement, with Japan free trade agreement with the constitutional monarchy of Japan signed on May 31, 2011 and the Free Trade Agreement (FTA) was signed in Lima on May 29, 2008; And entered into force on 1 August 2009.

Contact us to learn more about your business and how we can help you to look south and bringing a new window of opportunities to your company.

Mirrai supports your company at every step in your growing process, Contact us today in how we can help you to change the way you have been doing business